Well, you bought your gun.
You’ve done a bunch of dry fire practice and have a good handle on how your gun works.
There’s only one thing left to do…off to the gun range 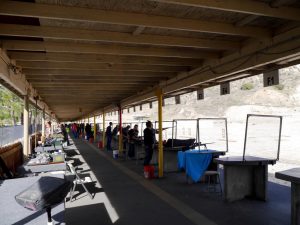 Hold on there, you can’t just walk in and start bustin’ some proverbial “caps” into some paper targets.
There are a few things you should know before you head over there. Your very first trip to a range can be a bit intimidating if not scary. I fully admit to having some cold sweats…
Don’t hesitate to ask one of the employees any questions you might have. Trust me, they’d rather answer a beginner’s question than have to worry about the repercussions of a mistake.
Whether you’re renting, accompanying someone, or bringing your own guns, here’s some information to make your trip to the shooting range a little more enjoyable.

Every shooting range has their own set of rules, but here are some general tips.

Phew, that’s a lot of tips…get ready for some more! 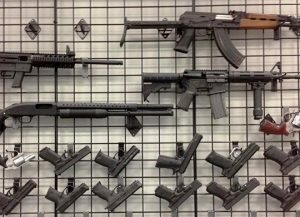 Some shooting ranges offer rentals of guns. However, there might be some age limits (18 for shotguns/rifles, and 21 for handguns). Or you have to be in a group to rent (to mitigate possible suicides).
Renting is a great way to check out different styles and calibers.
Even before you ever buy your first gun, see if any of your local ranges rent guns and go give it a shot. Keep in mind, these guns are usually maintained just enough to keep them working (if that). They are going to be a bit on the dirty and abused side. Still, it’s a cheap way to try some different guns out.
If you aren’t 100% sure how the gun operates, ask an employee. On the range with live ammo is not the time to figure out how it works. You can start with our Beginner’s Guide to Guns.

Don’t even think of going to the range if you don’t have a gun case.
You don’t need some expensive hardshell case. The plastic case your gun came with is perfectly fine. Heck, a small cardboard box is fine. You just don’t want to walk in there openly carrying the gun in your hand. You will get yelled at…or arrested…or both.

Also, and I’m going to type this slowly and in bold letters to make absolutely sure the point is made…do not, under any circumstances, carry a loaded gun into the range.
Unload your gun, make sure it’s unloaded, double and triple check that it’s unloaded before you put it into the case before you leave your house. Gun ranges don’t mess around with this type of thing.

Go With The Flow

Here’s a high-level walk-through of what to expect from the moment you walk through the front door. Some things might be different depending on your range but this is essentially what is going to happen on your first trip: 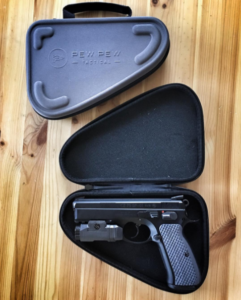 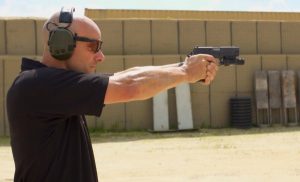 Again, a lot of difference from each range but they usually focus on letting you know when it is ok to shoot.
A “hot” range means it is ok to shoot.For ranges that have “cold” or “ceasefire” range time, the RO will let you know how much time is left during the “hot” phase.
On ranges that have one, that man or woman is your king/emperor/god.
What they say goes and you are not allowed to argue with them. These people aren’t on some kind of power trip.
Their job, their sole purpose for existing is to make sure that you and everyone else in the room are as safe as humanly possible. It is a difficult job and one they don’t take lightly. If they make a mistake, if they miss one detail, there’s a good chance that someone will die.
Keep that in mind when they’re telling you to do something. That range is their world and they’re graciously allowing you to shoot in it.
During the transition time when you can go mess with your target set up at outdoor ranges, you will need to unload and lock your actions open. This means locking your pistol slides or bolt back. Then step back and have the RO double-check. He will then allow everyone to go downrange to put up or fix targets. 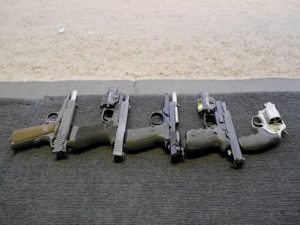 Some range will also require you use “chamber flags” which are plastic indicators that show there’s nothing in the chamber.
Do not touch your guns at this time!

Indoor ranges are usually only around 25-50 yards and catered towards pistols. Most will allow rifle and shotgun rounds but may have additional ammo restrictions.
You can see above that there are many shooting stations separated by panels. Try to move towards your bench so that your flying brass hits the panels instead of the person next to you.
For just about every gun range, the bays are first come, first serve.
Once you’re there, that bay belongs to you and the only person that can tell you to leave are the employees. That being said, don’t be a jerk about it. Don’t just set your stuff down then go for a walk. Claim your bay, prep your target, load up and fire your ammo.
When you’re all done, pack up, clean up and get out as quickly as possible so that other fellow gun owners may enjoy themselves. Most ranges only have a dozen or so bays so everyone needs to be considerate about things.
If you’re with a large group, try not to bother the shooter. I’ve seen it too many times where the shooter turns around with his gun and accidentally “sweeps” people with the muzzle.

There’s also some sort of mechanism for moving paper targets back and forth. Usually, you don’t have to wait for a cold session. I’ve seen everything from draw-strings to high-end electronic systems. You can probably figure that stuff out on your own. 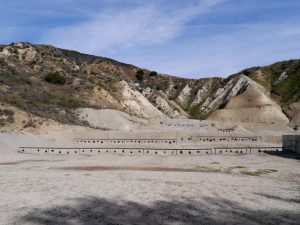 Outdoor ranges tend to be longer than indoor ranges (100 to 1000+ yards) which really allows you to stretch out the legs of your rifle.
I find fewer outdoor ranges have rentals since it seems like you can bounce out of there with it a lot easier.
Outdoor ranges also usually don’t have closed partitions, but rather benches or individual stations. Targets can also vary a lot based on the range, but they can include metal targets (ting!) and places to put up paper targets.

Pro Tip: Flattery Will Get You Everywhere

There’s something unique about gun owners. We are a very proud group.
We love our guns and love to show them off.

Keanu Reeves at a 3-Gun competition

We’re also, for the most part, a generous lot. I’ll give you an example: I was at the range one day and, between magazines, I noticed that the person in the next bay over had a very nice pistol. He happened to be reloading his mags at the same time so I complimented him on it.
His reply threw me completely off guard: “Thanks! I love this thing. I’ve got a bunch of others but I usually wind up just shooting this one. Would you like to take a couple shots?” This complete stranger was offering me his gun and his ammo.
I politely declined as I was still new to shooting and, as a result, was afraid I’d somehow damage his gun. The thing is, this wasn’t an isolated incident. I’ve had more than one person offer the use of their gun after I’ve complimented their pistol. That’s never happened to me with any of my other hobbies.
Not once has another golfer at the driving range says “here, try out my driver”. Nor have I ever heard “here, try driving my 1957 Chevy around the block” or “go ahead and do a couple touch and goes with my Cessna”. I’d say more often than not, however, gun owners have generously offered their guns to me and I have since offered mine to quite a few people as well.
With guns, and frankly with life, a little sincere flattery goes a long way.

How to Make fishing lures

The preliminary result of the 2018 National NHSA Postal Target Shooting Competition has been posted on the Natshoot website.... read more

Shooting Fundamentals Trigger Pull & Follow Through One of the most important fundamentals is the trigger pull.In a perfect world, you... read more 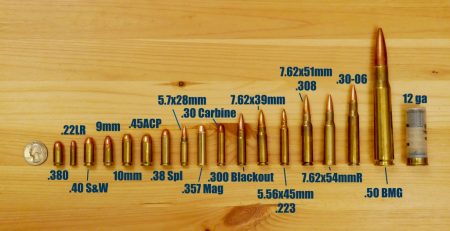 Introduction to Guns Bullets: Sizes, Calibres, and Types [Definitive Guide] One of the most daunting things when I first started looking... read more 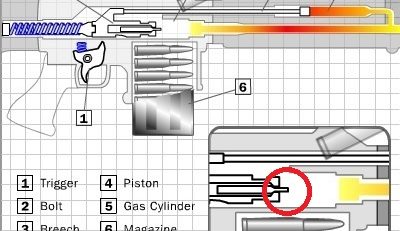 Beginner’s Guide to Guns Introduction to Guns How Guns Work A super quick explanation of how guns work. We’ll begin with the easy... read more 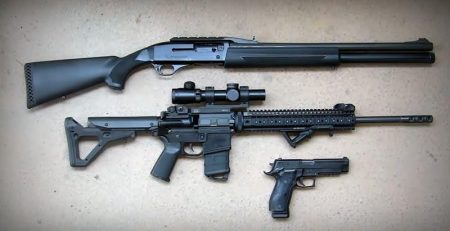 Types of Guns: Top 3 You Need to Know

Introduction to Guns Types of Guns: Top 3 You Need to Know There’s tons of types of guns…it really depends how... read more

Shooting Fundamentals Shooting Stances & Grip: Isosceles vs Weaver vs Chapman Don’t laugh, but chances are if someone just gave you... read more 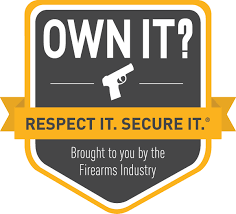 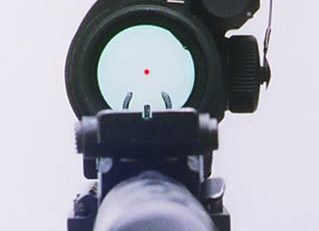 How to Shoot a Gun – First Time at the Shooting Range December 3, 2018

How to Shoot a Gun – First Time at the Shooting Range December 3, 2018